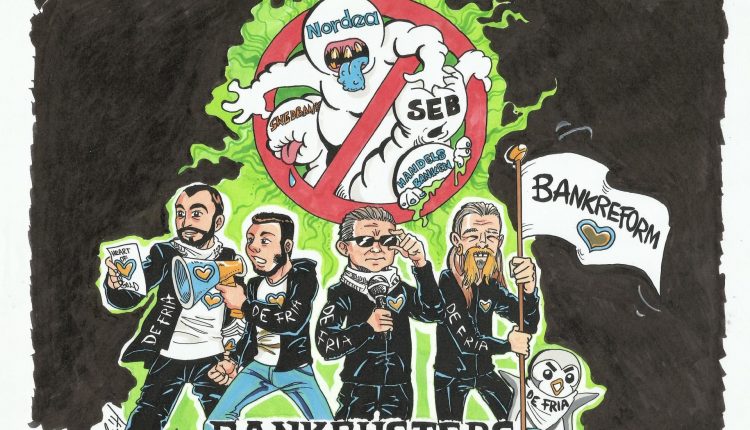 Money in digital form is created from debt as interest-burdened credits. When government or private individuals take out a loan they do it primarily from privately owned banks – whenever a debt certificate is written, and this is how money is created.

What is not created at the time of the loan is the interest cost, which accumulates – grows – over time, as

This means that new credits must constantly be created to cover the cost of old credits – ie, infinite credit expansion on a finite planet – which is impossible.

The result is an exponential growth of interest-cost, which adds more financial burden to each newly created credit rather than adding to productive benefits. When the burden is greater than the benefit, a debt saturation point is passed and all money is inevitably sucked out of the real economy, where we exchange goods and services with each other. The money then returns to where they were created, in other words: The banks make historically high profits at historically low interest rates.

This plundering mechanism built into the interest cost means that fewer and fewer people are getting richer at the expense of more and more people – today eight people own more than the poorest half of the Earth’s population – this figure was just over 300 before the crisis in 2008. The only way to slow the disintegration now is to:

The purely mathematical and mechanical conclusion is that the banks’ interest-burdened credits regulates the economy that controls the politics. It is this economic – privately controlled – framework in which all of our political parties reside, that The Free People’s Movement wants to replace!

Watch out ideology, you have to unrestrict your mind to be free!