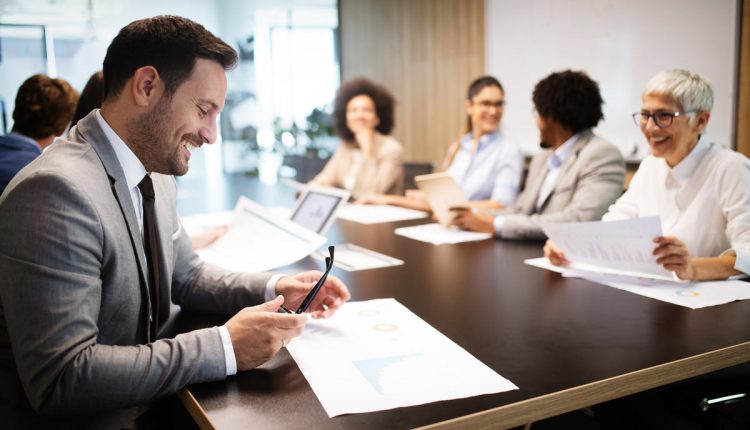 When an economic system is driven by the constant demand of increased debt, a financial imposition is created which can be difficult to notice when you have a steady job and receive your salary every month. But jobs can also be used as an indicator of how much activity there is in the real economy compared to the financial economy, and how many jobs that exist just because of the demand for credit growth in a debt-based economic system.

The best-selling author David Graeber’s book “Bullshit Jobs” from 2018, is filled with examples of how work has become a way for financial powers to produce nonsense jobs and keep the wheels spinning. From the Soviet Union’s bureaucratic nightmare based on “full employment,” to the service economies of today, where it is assumed that an entire population will make a living serving coffee, selling new phones and sending emails to each other.

Based on interviews with people who see their jobs as particularly absurd or meaningless, Graeber identifies five categories of such jobs:

Feudal-like service jobs, which exist to make the employer look prosperous. For example:

Jobs that exist due to deficiencies in the organization, such as solving problems that should not really exist.

Jobs that exist for an organization to say that it is doing something, when it’s not really doing anything.

There are two types of task masters. The first is to assign unnecessary work to others – meaningless bosses, the opposite of flunkies.

The second type does more harm: They have actual tasks, but completely unnecessary ones, thereby creating more unnecessary jobs for others.

One possible extra category is everyone who gets their livelihood through meaningless companies where there are practically more managers than employees – cleaners, security guards, caretakers, etc.

Getting paid for something that is neither useful, important nor satisfactory to perform has a demonstrably negative effect on humans, but when the hamster wheel has to spin faster and faster because of the inevitable demand of financial growth (which we have written about many times before), this becomes the consequence.

Business competition not only implies eliminating others, but also maintaining a successful façade, rewarding subordinates, enticing the contacts and collecting prizes and awards. All in all, this becomes an almost disturbing display of unscrupulous and desperate behavior, from the top to the bottom of the hierarchy.

“Bullshit Jobs” describes Corporate America, but Sweden is not far from it. A survey revealed by the newspaper Dagens Nyheter has found that half a million people are dissatisfied with their jobs. Another newspaper has reported a number of years ago that only 16 percent of Swedes are actively engaged in their jobs. No wonder, if the job entails an annoying and upsetting state of complete meaninglessness.

Salary – A measure of what?

When the real economy shrinks while the money supply doesn’t (see debt saturation), the money instead ends up in the financial economy, where large amounts of money can be used to make the employees happy and contribute to the “success factor”, because we are very prone to associate material wealth with happiness in this world.

The fact that the financial sector is a sheer burden on the real economy is not spoken of in any way, as high wages and economic activity means tax incomes and an increase of GDP.

The 10 highest paid professions in Sweden

Let’s take a look at the list of the highest paid professions in Sweden then, taken from the website allastudier.se (2019):

In most cases, do you see anything other than financial intermediaries, and those living on a system based on increased debt, shortage and mistrust, creating more and more conflicts between people?

Doctors still perform an actual function, that is when they save lives and improve the health of people, not just prescribe symptom-suppressing pills so that someone can continue to make billions because people are sick. Pilots fill a productive purpose, although much of today’s air travel is a consequence of the meaningless jobs described above.

Business developer then? Well, they fall into the Goons category, trying to cover up failed leadership and underlying problems with downsizing and brisk team building. What the price of this effort is, when the economy is based on increasing, everlasting shortage, may be something to consider when these competition promoters tries to encourage the company to perform more and better.

Every now and then, you hear claims that the financial sector is indeed being productive, that it helps to optimize and move assets to the right place in the economy, but it should be obvious by now that the financial sector has taken over. It is getting bigger and bigger, and with the usual goal of maximizing profit, its burden will not decrease but it will take more and more of the shrinking cake.

Even from a technical perspective, it’s impossible to say that the financial sector is productive. For example, this is the only area where it is possible to practice percentual usury, that is, to take a percent of the sales, in interest costs, fees or similar. Compare this to companies who actually produce something, they can’t say “This drill costs only 3%.” Three percent of what? This is a way to easily identify the middlemen that are a financial burden on the rest of society, no matter how nicely they try to justify their existence.

As we have written before, this percentual price model is devastating for businesses with low margins, which unsurprisingly exists mostly in the real economy. This only makes the problem worse of course, since the money because of the debt saturation, disappears from the real economy at an exponentially increasing rate.

How do we get out of this trap?

Today’s politicians maintain their power through today’s system, which is why they are constantly trying to preserve it by promoting “everyone should work”, getting people to believe in “healthy competition”, and most of all, never talk about a banking reform.

Since 70% of Sweden’s GDP comes from service jobs, it is impossible to try to change the above without adopting a banking reform, where the minimization of profit for non-productive companies like financial ones must be the objective. Otherwise the question becomes: How great should this financial burden be, why, and who should benefit from it? That is a question which no politician, economist or any other monetary reform organization has been able to answer.