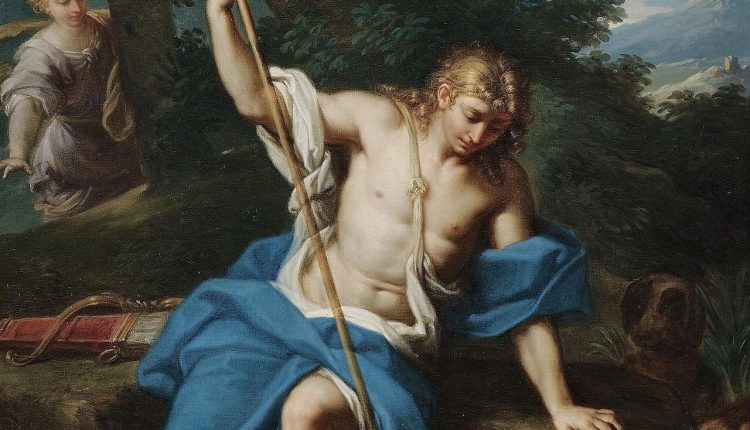 Suffering is a fascinating manifestation in living beings. It manifest’s across the whole spectrum of consciousness and on the intellectual level. From the child who fell to the woeful poet, the suffering state is a clear sign that something has happened that strongly affects the individual and compels to change their way of thinking or behavior.

The Buddha concluded that life is suffering and focused his teachings on understanding and getting out of it. In modern times there is rather a fear of suffering that has led to a strong focus on security and structure, which manifests itself in everything from overprotective parents to mass surveillance and internet censorship.

But regardless of belief and age, reality prevails. Suffering is suffering. You can’t fool it or escape from it. Life can feel so cruel and unfair, but it is impossible to argue with reality and come to a settlement that reduces suffering. How many have not fruitlessly cried out to an indifferent universe, atheists have for a moment become believers, believers have lost faith, but nothing has changed reality. Suffering persists, because it is your own and it is within you.

When others create suffering

It is easy to understand the cause of suffering when you have done something clumsy like burning yourself on a stove top, but one thing easily forgotten is that suffering works in another way too – someone can create suffering for others. A selfish or just clumsy behavior can cause others to experience the consequences of that individual’s actions. In extreme cases, millions of people may suffer from a small group of reckless individuals, and revolutions have arisen just because of that – the people have suffered enough and act accordingly.

Unfortunately, extreme situations usually leads to extreme consequences such as violence and war, and it can seem deeply tragic that people must die before others seriously realize that war has very few winners. In Sweden we have been spared from this for a long time, but in USA for example, there are probably more than one parent who has begun to doubt the country’s leadership when the son comes home in a coffin, and the invaded countries’ population has certainly begun to doubt the US and its allies when “good, democratic bombs” fall on their homes because of false accusations.

The free will to learn something

We have a free will however, and if the individual doesn’t want to understand or change, then he or she won’t, regardless of suffering. This is masterfully described in the song “How Does a Duck Know“ by Crash Test Dummies:

How come I just smoke and smoke and smoke
And curse every butt I spit out?
All night long I grind my teeth and I wake up when I cough
You can put me in an iron lung
And I will keep on breathing and twitching

The individual keep struggling, life goes on, and the suffering remains. This is crucial, the suffering remains. Reality remains here and now, unaffected by the torment of all living beings, and its laws distribute the “punishment” without either a jury or a judge. In the end, the individual is faced with the choice to change his or her way of thinking, or perish. If the individual chooses to change and also understands the cause, insight and wisdom finally emerges. Wisdom is healed suffering.

The new measure of progress

In our comfortable, war- and starvation-free western society, it is most common to create one’s own suffering, by not accepting the reality for what it is. Truth is different for each individual, reality is the same for everyone. Now, philosophers will react and certainly demand a definition of “reality,” and the answer is that the degree of understanding reality is proportionate to the choices that minimize suffering for oneself and others.

Although we cannot completely define reality, we can gradually understand it through our choices and the suffering that these choices result in. Not understanding and ignoring reality leads to one’s downfall, which isn’t particularly wise.

Therefore, I would like to propose a new measure of the individual’s and society’s progress: The Lack of suffering. It’s not a simple measure, for example something may seem to make things better in the short term, but in the long run it creates more suffering. Symptom relief can be misunderstood as actual solutions to underlying problems. For example, our children can learn the hard way that today’s adults were not to be trusted, by the possible suffering they will be exposed to when today’s lifestyle and the choices made today have consequences in the future.

Escaping or ignoring reality because of fear of suffering is not a solution however. This leads to limitations that prevents the free will, and thus the important path to wisdom. That’s the way it works, we have to make mistakes to learn, and wisdom arises when we understand the problem and do our best to avoid making the same mistake in the future.

No simple measure as said, but a great basis for discussions and the reflections that lead to the choices we make in life. Maybe even worth a try?